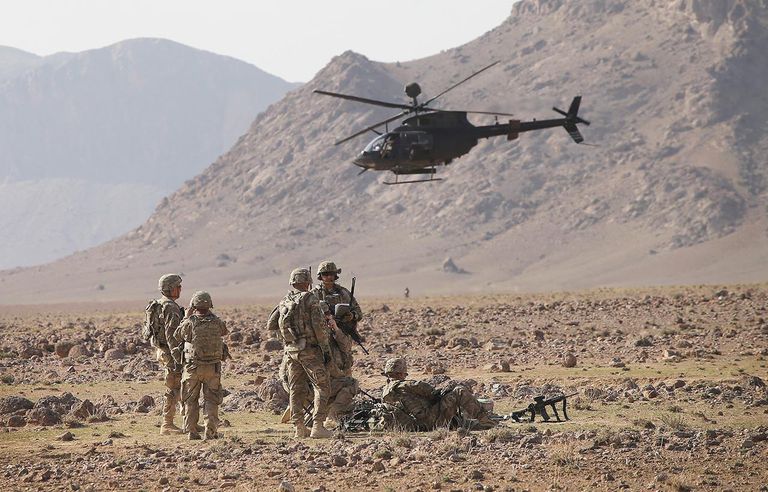 As Howard Zinn brilliantly puts it “you cannot be neutral on a moving train”. This book was written from the perspective of American’s interest on why they are losing their wars in Iraq and Afghanistan. The short answer is that America doesn’t have a clear quantifiable objective. Now, let’s deplore the long answer as Michael Scheuer puts it in his book ‘Imperial Hubris’.

Scheuer was part of the American intelligence community in the CIA specializing in Osama bin Laden, he uses his insight and specialty to argue the reason of the American failure and the options it had to move forward. The central thesis of his book is that the animosity the Muslim world had with America and its allies is not because of the values they hold dear, such as democracy, representative government, feminism, women empowerment, gender intermingling etc. While Islam may disapprove of these values, they are not the reason why people are blowing up themselves. The real reason Scheuer argues were specific policies such as attacks on their brethren, occupying Muslim lands, support given to corrupt tyrannies, and unconditional support towards Israeli brutal aggression on Palestinians. He wrote:

“To make this so, we send forth U.S. diplomats, politicians, officials, and preachers to coercively persuade Muslims to Westernize the Koran and the Prophet’s traditions and sayings, especially the parts of the Islamic canon dealing with education, charitable giving, the non-separation of church and state, and manage an Islamic Reformation that makes Muslims secular like us, all this unfortunate, nonsensical talk about religious war will end and Muslim will be eager to keep God in the same kind of narrow locker in which the West is slowly asphyxiating Him” pg 166.

Since the demolition of Ottoman Caliphate by the British in 1924, there is no central authority to wage offensive Jihad. But defensive Jihad is an individual responsibility that does not need authorization from anyone, once the religion is under attack it becomes an individual responsibility for each Muslims to defend the religion using whatever power he had.

Commenting on Afghanistan, Scheuer attributed the failure to the failure of America to learn from history. In what he called ‘the checkable’ which America should do before they enter Afghanistan. The vast amount of resources was not utilized, America failed to learn from history even though America has a vast knowledge to be tap with its 13-years program of supporting the mujahideen pushing back the Soviet. The biggest mistake was the American initiative to install secular democracy, a foreign idea to Afghanistan’s tribal tradition. A tribal tradition that will be united to repel foreign power be it the British, the Soviet or America, and again fight each other when they are gone. America naively thinks that they can depend on Afghan proxy to do their dirty work.

But reading the list of Al-Qaeda victories compiled by Scheuer, it’s hard not to think that he has oversimplified things. Different insurgencies have their own local context, to add it all and put it under Al-Qaeda is plain wrong. Although all of them are Muslim, they fight for a different cause. The Uighur are fighting China due to the Communist iron fist control over their communities. The Chechen are fighting Russia for their liberation. Palestinian are fighting Israeli occupation. They may share the same faith, but not the same goal.

Scheuer also dispelled the myth that the rage the Muslim have towards the West was because of the declined Islamic Civilization, but rather because of what the West has done in the Muslim world. Their post-colonial arrangement and support the tyrannies, limiting the population their freedom and wellbeing.

America ineffective force Scheuer argues is because it views the threat as a terrorist which had to deal with law-enforcing strategy. The need to do all the fighting abiding laws and under thorough media scrutiny, while the enemy wage unrestrained insurgency and never read the Geneva convention. He also explained the differences between US agencies such as FBI and the CIA. While FBI collecting data abiding the national law, CIA has done the opposite. CIA compiled data by torture, theft and luring foreigner to do an act of treason. Mixing and confusing these two agencies Scheuer argues, will make the matter worst.

Another reason why America is ineffective when the war with Afghanistan began, is the obsession of building coalition which delays the operation and dragged American feet. Although the coalition gave little impact on the overall operation.

At the end of the book, Scheuer concludes that American left with only two choices. The first, it changes its foreign policies towards the Muslim world, by withdrawal from their current aggression, stop supporting tyrannical regimes in the Muslim world, and do justice to the Israeli-Palestinian conflict. The second option, retain the status quo policies and prepared to shed more American blood and drain national treasures.