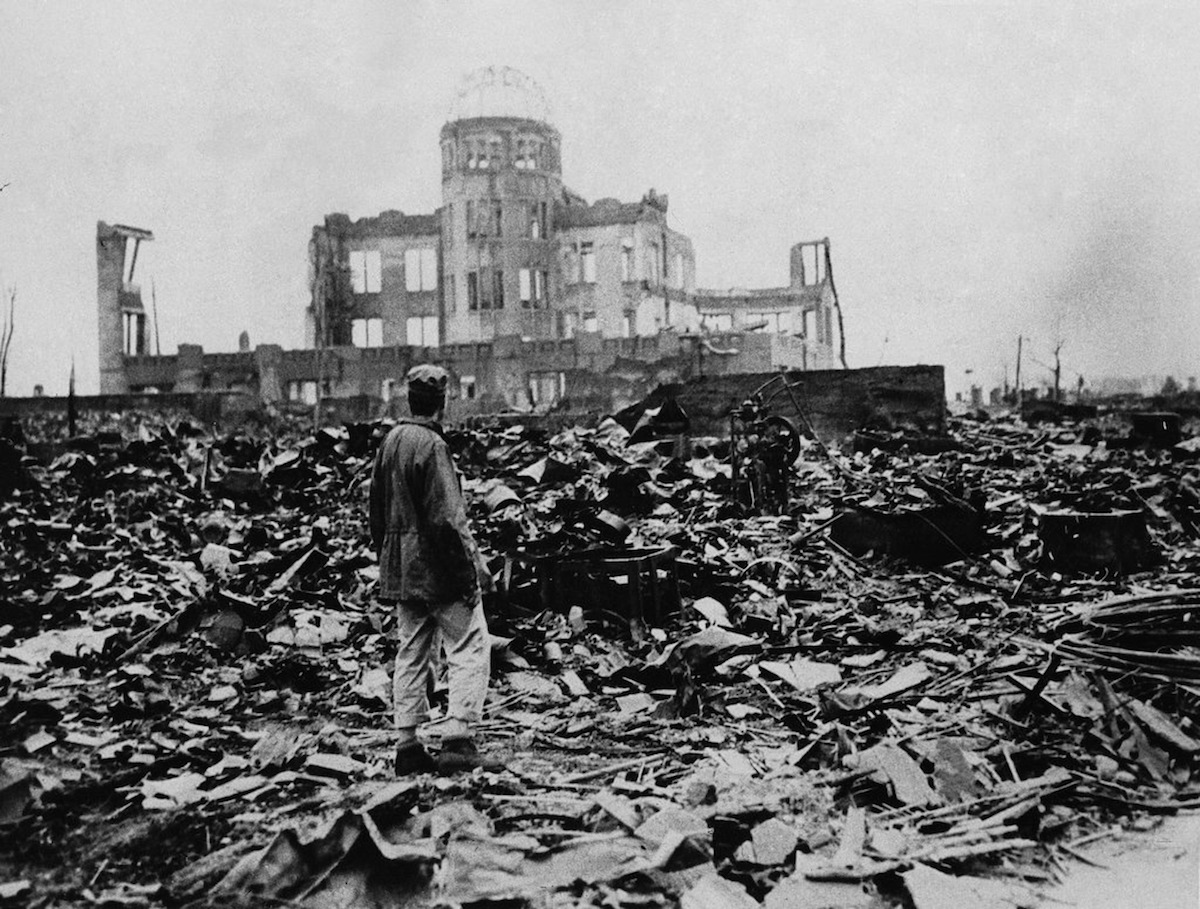 World War II, after the explosion of the atom bomb in August 1945, Hiroshima, Japan. (Photo by: Universal History Archive/UIG via Getty Images)

This article is a book review of Hiroshima written by John Hersey published by Penguin Modern Classic in 2001. The book was first published by New Yorker in August 1946.

The book started with the flashing light from the bomb dropped on Hiroshima on August 6, 1945. The book told the stories of the six survivors, what they are doing before the bomb fell, and where they are at the exact time the bomb went off. The first was Miss Toshiko Sasaki, a clerk. The second was Dr. Masakazu Fujii, a doctor who owns a private hospital. Third, Mrs. Hatsuyo Nakamura, a mother of three. Forth, Father Wilhelm Kleinsorge, a German priest. Fifth, Dr. Terufumi Sasaki, a young doctor. And the sixth, was Reverend Kiyoshi Tanimoto, a pastor.

Hersey vividly wrote about the devastation on the ground after US bomber dropped the world first atomic bomb. The clueless population beneath that immediately dead and slowly died. The burnt suffered by many of the resident, and how the survivors experience radiation sickness starting with vomiting and hair loss. After the war was over, Hersey described how the occupying force trying to conceal the information about the atomic bomb, despite the advancement of knowledge of the Japanese physicist.

The survivors of the atomic bomb were called “hibakusha” literally means ‘explosion-affected person’. Many of the hibakushas did not hold any agitation on the use of the nuclear bomb. It is widely accepted as unavoidable consequences of war. Many of them influenced by Buddhism which believed resignation leads to clear vision and a feeling of powerlessness against state authority. Over time, in the aftermath, they received Health Book which gave them free medical care. They also received monthly allowances from the state.

Hersey also wrote about reflection that Miss Sasaki had, she felt that too much focus was given to hibakusha (even though she was a hibakusha herself), whilst the root cause of the problem has not been addressed, which is the evil of war. The war that forced young American and Japanese to kill each other in a war that they did not understand. She later devoted her life to become a nun. Many hibakushas sustained Keloid scars after the bombing. Some left with an ugly face. Pastor Tanimoto later toured America to collect fund to build back his church and sponsored some girls a plastic surgery. Some were successful, but there are also some which ended with death.

The book overall was light and easy to understand. It gave a human detail behind the worlds first atomic military experiment. Hersey tells stories on how a normal human being later become a record in human history. A normal human being turned into hibakusha, and how their lives played out in the end. A collection of a human price that been paid for unnecessary war.