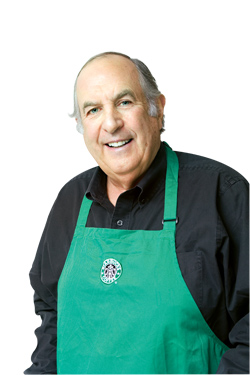 I discovered this book in the pantry of my office. The title was very appealing, although its sounds like an ads campaign for Starbucks. Most of the goodreads review is very negative on this book, some said that it just a boring piece which talked about different type of coffee. But after reading through the pages, I found that it was not that bad. In fact, for me personally, it was a genuinely amazing story.

The story start when Mike was ousted from his high paying job at a corporate advertising company. Mike who came from a privileged white upper-middle class family now jobless. He then have an affair with other women and divorced with his wife. To add more complication, he was then diagnosed with a small tumor behind his brain which caused a hearing problem to his left ear. So in his late sixties, he was broke, jobless, divorced and living with health problem. It was then, he met Crystal, a young African American manager who offer him a job at Starbucks.

In his new job he learn many values, and made many friends from different social classes. He learn that at Starbucks, respect is an uphold principle, not just a written word. He used to be a boss now realized that in his new job, no one order him to do anything. Instead all partner ( how Starbucks address colleagues), will ask politely “can you do me a favor?”. This practice struck Mike strongly, he find no such example in his previous high position.

In his journey to re-discover his life, Mike summon F. Scott Fitzgerald’s quote, “work was dignity”. He learned that he can be happy doing menial job, and that there is nothing wrong doing job cleaning a toilet. He might not afford living in huge mansion, but the job help him afford a small apartment, which is enough for him.

He also discover friendship with many other American in the lower class from where he is from, he learn how to respect them, he learn that they also done their part for the economy. These people were very far from him when he held a high corporate post, they were untouchable. Now they share the same work space with him, now they commute the same morning train to work everyday. Mike learn that his high social status now was useless, his former friends now distance themselves knowing he work at Starbucks as baristas.

Expectations tend to make life much more hard and un-happy. At 64 years old, he told himself to stop taking his life seriously. He should follow the flow, take whatever opportunity he had and survive. This is a very important thinking. We often live life to please expectations from people, from families, friends, society, and we fail, we feels like we are worthless and not up to standard. This should not be the case. There is no success or failure in life, life is not a game or competition. You should just live, survive, and be happy at what you’re doing. When he have less expectation, we will live a happier life.

The book was written by Michael Gill. Published by HarperCollins in 2008. You can get a copy from Amazon from below link. Photo credit to Westchester.