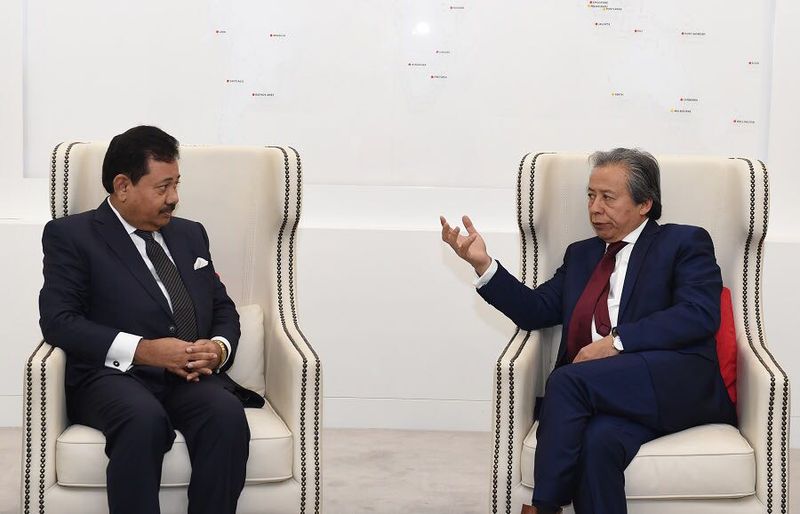 The Foreign Ministry said its minister, Datuk Seri Anifah Aman, met with the High Commissioner of Bangladesh to Malaysia, Md Shahidul Islam, at the Foreign Affairs Ministry today to seek clarification on Bangladesh’s decision on the “Humanitarian Mission — Food Flotilla for Myanmar” that was originally planned to dock at Yangon, Myanmar, before heading to Teknaf, Bangladesh, the port closest to 65,000 Rohingya refugees in Bangladesh.

“The High Commissioner acknowledged YB Foreign Minister’s concern and would revert after getting further clarifications from the Bangladesh government.

“The Food Flotilla aims to provide some 2,200 tonnes of goods for the Rohingyas. This initiative is consistent with the resolution adopted by the Extraordinary Session of the OIC (Organisation of Islamic Cooperation) Council of Foreign Ministers which called upon OIC member states to urgently render humanitarian assistance to alleviate the suffering and hardship of the Rohingyas,” it added.

The mission, organised by 1Malaysia Putera Club (KP1M), the Malaysian Consultative Council of Islamic Organisations (MAPIM) and Turkiye Diyanet Vakfi (TDV), is expected to arrive at Yangon, Myanmar, on February 9.