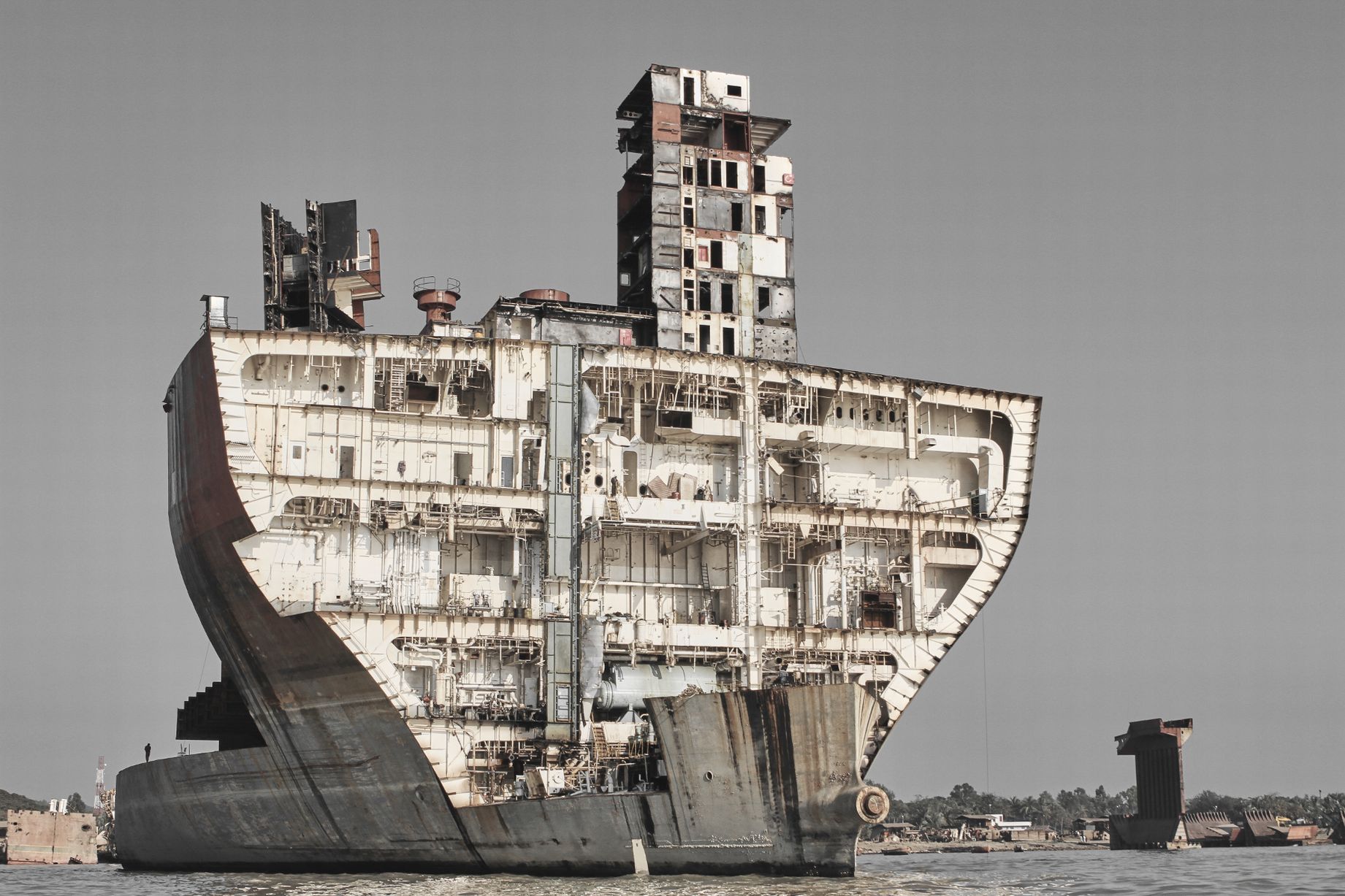 Ships have always been valuable and have always been recycled. They are the greatest assets ever moved in bulk that representing such investment that entire new system of banking and government have been designed to finance them.

Given their value, ships does not simply disappear once they are no longer seaworthy. The wood from the earliest dog out canoe for example, would have provided walls and shelters to the people. The fitting on the Viking’s longship has been benefited the local village with the high quality timber and the copper on the ship’s bottom have been invaluable in the future construction projects.

Another famous example is the luxurious departmental store in London ; Liberty that has been constructed from the timbers of the fighting ships HMS Impregnable and HMS Hindustan in 1875.

As shipbuilding advances, iron and steel had replaced the woods. As a result, ship scrapping played a major part in resourcing the industrial revolution. After the World War II, a vast amount of steel available from the redundant warships and cargo ships. These ships were scrapped at places such as Inverkeithing in Britain and yielded approximately 500,000 tonnes of high quality steel.

The ship scrapping industry continued in places such as La Spezia, Italy and Japan.

During 1980s, Kaohsiung port in Taiwan and Alang, a coastal town in Indian state of Gujarat experienced their first major growth spurt in scrapping following by Pakistan and Bangladesh.

The shipping industry was slow to notice these development. This isn’t surprising as once the ship were set to be scrapped, the original owner is commonly unaware of its destination. 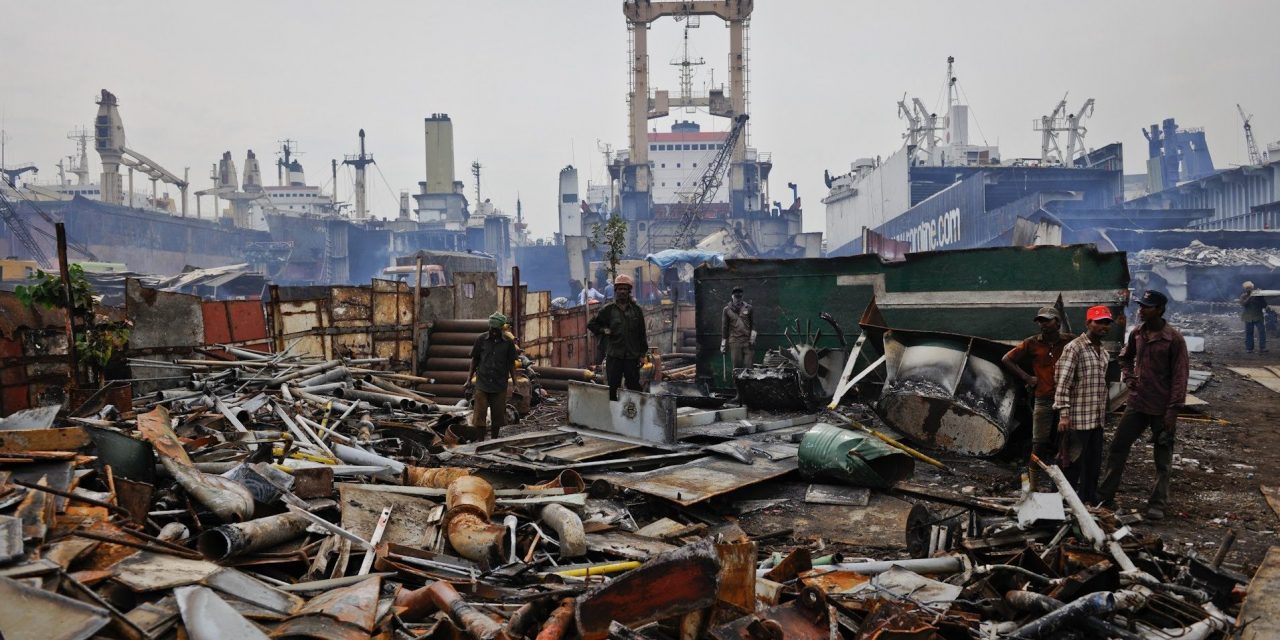 In 1995, The Baltimore Sun became the first media to became aware of the issues after Will Englund reported the issues surrounding ship recycling when USS Coral Sea was being scrapped in Brownsville. This lead to the prosecution on the responsible company under the Clean Air and Clean Water Acts. Englund and investigative reporter, Gary Cohn published a series of articles exposing the worst excesses of shipbreaking around the world. They won Pulitzer Prize on 1998 for the fascinating reports.

The first Global Ship Scrapping Summit was held in Amsterdam in 1999. “Ship Recycling” term has been introduced for the first time by Jim Davies of the International Maritime Industries Forum (IMIF). He asserted that ship recycling was actually an enviably efficient process. An ‘Industry Working Group on Ship Recycling’ was rapidly formed under the chairmanship of the International Chamber of Shipping (ICS), consisting of the major shipping industry bodies. The group delivered the first practical guidance on ship recycling – the Industry Code of Practice on Ship Recycling in August 2001.

Guidelines for the Environmentally Sound Management of the Full and Partial Dismantling of Ships in 2003, and the International Labor Organization (ILO) published Safety and Health in Shipbreaking: Guidelines for Asian Countries and Turkey in 2004.

The International Maritime Organization (IMO) was also spurred on by the shipping industry’s initiative. The subject was formally introduced at IMO’s 43rd

was set up under the chairmanship of Bangladesh and at MEPC 46 in April 2001 a Working Group was established.

Despite the IMO Guidelines, there was still potential for confusion for owners wishing to recycle their ships, especially given the other recycling-related legislation which existed – legislation such as the Basel Convention. The only way forward was to create statutory requirements by developing a legally binding international convention.

The IMO set an ambitious deadline to complete this within the 2008/2009 biennium. Norway, in particular, acted very strongly in support of this and provided the first draft for discussion at MEPC 55. The text was developed over three and a half years with input from IMO member states and relevant non-governmental organisations, and in co-operation with the International Labour Organization and the Parties to the Basel Convention. Lloyd’s Register, through IACS and discussions with other stakeholders, was also actively involved in the Convention’s development. Such was the impetus at the IMO that the deadline was achieved and the Hong Kong International Convention for the Safe and Environmentally Sound Recycling of Ships was adopted in May 2009.