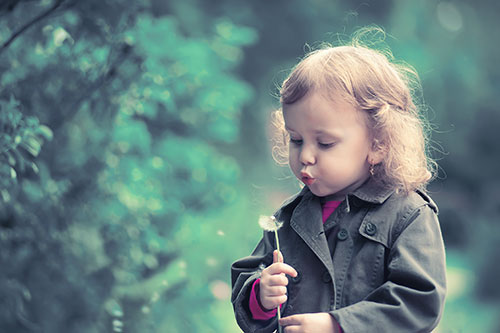 The book is not really ‘a book’ in my traditional definition of a book. It does not written by an author or an author with a co-author, but a compilation of people’s opinion on the question posed, which was “What are you optimistic about?” As I am a traditionalist when it comes to a book, it easily gets me disinterested, as it does not come with a central thesis, and supplied by continuous contents. It’s an anthology which compiled multiple opinions of multiple people.

In the introduction by Daniel Dennett, he pointed out that human species enjoyed a great power to determine the future for good or evil. The survival of other species, depend on the Homo sapiens, which possess ‘science’. Science is a process of constant reevaluation, re-engineering, and improvement. On the face of existential challenges we have today, science will determine the outcome.

The vast majority of opinions in the early part of the book grounded their optimism on the diminishing belief toward supernatural, dogmatic idea, and religion. They viewed many ideas such as nationalism which breed war and hatred, as an opposition toward a bright future. Their optimism were based on the proliferation of knowledge, the development of high-tech experimental infrastructure such as CERN and LIGO which would help to answer big question using rational and logical thinking.

One of the interesting write-ups I found was from Chris Anderson, which rightly pointed out that the un-ending bad news that we received today mostly exaggerated and dramatized which does not reflect the reality. Realizing this we can safely live our life optimistically. The dramatization of the news is to attract readers, who would read lame real news by the way? The digitalization and globalization of the news also made bad news proliferate at unprecedentedly, it does not mean that bad things increased, it just mean that things that did not received coverage before are now covered.

In the European Union, a new generation is now living the continent, they viewed the world not from the lens of nationalism which was the core idea of previous generation. They grow, learn, work and play beyond the national border, they developed multilingual skill and view themselves not as national, but citizen of the world. This new generation gave us new hope that wars due to national animosity will ceased, and everyone see each other as their human kind.

Climate was also the ground of optimism for many in the book. They ground their optimism on various political supports for climate cause, technological advances and also renewable energy. In the front of renewable energy, the economics also dictates that technological production was bound by ‘experience curve’, which means the more solar panel or batteries we produced, the better we at making them. Means that more quality with less cost, so the renewable energy revolution will take place sooner than we think. Another interesting point in the book is the optimism which comes from the advancement in the field of astronomy, cosmology and space faring. Which predict the future of human kind is beyond this tiny blue dot, the prophecy of Carl Sagan. As the technology advances, we might have a colony in Mars, which gives human a bigger chance to survive.

The current trend of decline in human population growth also the cause to be optimistic. Generations before us witnessed explosion in population growth, this trend continue with forecast predicted that the trend will continue, until recently we saw this growth slowing. Decrease in population means decrease in human consumption, which in turn will reduce the pressure on the environmental destruction. We will also see a new way to approach education. The old tradition of boring lectures may well be replaced by creative and inventive education. Where students learn by building things hands on. There are also opinion on the book on how we should study what object draw students to be interested in science. Children learn by observing, they much receptive to things which are physical rather than complex abstract theory. By giving the right toy, we may attract the right brains for the next scientific breakthrough.

The technology also will revolutionize what we perceived as knowledge. The control of knowledge like what can be publish, which subject can be taught in school is losing significance. More people can participate in what kind of knowledge which is important, and everyone can publish what they no. In some sense, you can say that technology democratize knowledge.  Technology also creates a more transparent world. What happen on the ground can easily be seen through satellite images although some government may block access to certain area, so in places which is in crisis, we can see the burning villages although the authority gave different narrative, the ethnic cleansing of Rohingya people by the government of Myanmar in 2017 is one of such example.

Another ground for optimism is the fact that we tried to homogenized the world for a long stretch of time and failed. The fact that we failed might gave us a different approach, we will soon realize that diversity is not a problem. The fact that we have different races, skin color, language, culture, religion, belief, all of the diversity we have, is the one that made this world a wonderful and colorful place to live in, we should stop fighting with each other. People also will start getting boring when they repeat the same thought, belief and idea, which ultimately gave birth to a new idea and new way of thinking.

Among other interesting idea I found in the book is the concept of ‘Wunderkammer’ or chambers of wonders, where one have a collection of interesting things. I want to start collecting my own wonders!

This article is a review of ‘What are you optimistic about?’ edited by John Brockman.